Hey, remember when I had this blog?  I don't.

Private mystery label contemplation courtesy of LES FRERES - purchased off the internet for mere pennies and interpreted by my French language scholar buddy for free (turns out, their name translates to 'THE BROTHERS' - who would have ever guessed?).

Budget, lo-fi, basement pop-rock moves with extremely amateurish vocals, likely gazing at the gatefold photos inside 'LET IT BE,' but never quite climbing out of the genre gutter.  UNTIL...until that drum-machine kicks in and boy howdy - from then on, I am all in with LES FRERES!  Even that tiny guitar solo is money!

This includes when, on the single's flip, the brothers go full-on 'Anchor Man' with jazz flute swoops and minimal lyrics.  In a better world, this would have been a bicentennial end-of-party panty-dropper.  Alas.

As it is, I don't got any information on these dudes, but suspect that they might be Canadian, however, the seller I picked it off of was based in Georgia so it's anyone's guess really.

I'm not gonna say I'm back because I never really left.

I Don't Want To Be Your Friend 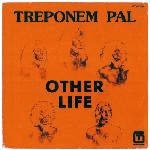 My copy of this 45 has FRENCH SECTION written in Sharpie on the front of the picture sleeve.

Negative images anyway so it doesn't really disrupt the mise-en-scene involved and - that said - I'm not even sure I know what mise-en-scene means.

No info on these mystery Frenchies except that they sing in English on both sides, allude to the bacteria that causes syphilis on the A and rock Ducks Deluxe/Groovies-style on the B.

Enjoy one, both or the other and rubber up.  What a country!

Oh It's So Tropically Yacht 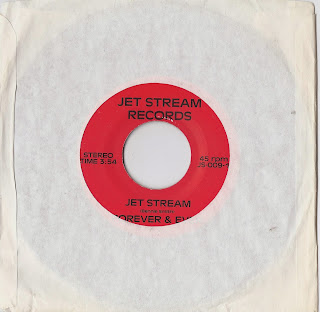 It's not the heat or the humidity, it's THE JET STREAM!

This is seriously the most killer private yacht rock 45 I have thus encountered.  Oh yeah, that's jazz flute on the flip side.  Also, that saxophone on the A-side doesn't come cheap so you might wanna dip by your ATM before you try and dock your dinghy in this exclusive starched-collar cove.

Ungoogleable with little to no info, what is transparently clear, however, is that JET STREAM is compassionate conservative pop for white zinfandel people.

ENJOY IT OR LEAVE IT, PINKOS!

'YOU ARE THE LADY'

The Unbearable Lightness of Beatles 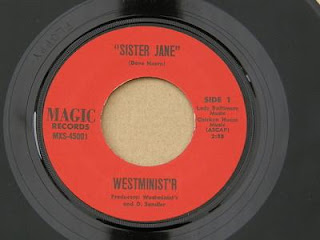 EDIT:  Wow.  I barely remember writing this; that's how drunk I was.  Also, frankly, I have no idea what I was trying to say with most of it.  Pretty workmanlike through about the first two paragraphs.  Then...when the allusions to Simon & Garfunkel lyrics and the Roman Empire begin, I can only assume by that point I had decided to let the Courvoisier do the talking.  Can't really stand by the words - as they're mostly gibberish - but I more than stand by the tunes.

I admit it:  I made that release date (above) up.

However, as Fort Dodge, Iowa's windiest sons seem to excrete their 45 rpm releases in and/or around-two-to-three-year-intervals, I think the scientific method is (more than/or less) on my side.

A great foot-in-cold-water, raft-ride down a lysergic delta of tangerine tides, these future HAWKS offer an A-side soundtrack that sublimely recreates the immediate, post-psilocybin or diethylamide twelve-string diurnal chorus reflective of too much time spent examining 'White Album' matrix numbers and not enough time listening to the guidance of Arthur Alexander (i.e. 'You Better Move On').

That said, this may be the peak of the early-70s, late-to-the-party 60s-revival sound.  On these two sides, WEST MINIST'R are immediately and eminently more believable as Limeys than either THE RASPBERRIES or BLUE ASH.

Why?  Because of their isolation.  E. Carmen with his hair in rollers at the top of the charts could never cop or front to being either a rock or an island.

WEST MINIST'R are both; which is why they are the TRUE Monsters Of The Midwest, even if they've never physically beheld either the tower of Big Ben or the rosy red cheeks of the little children.

Rare, precious and beautiful.  Dutiful even.  Though the command structure therein cries out for reevaulation louder than even the first triumvirate.

The Beating of My Heart

There are many reasons why this is still my all-time favorite K. Doe song.  Slavish Clyde McPhatter imitative it may be, yet the lyrics are its own defense.

This after-hours/after-bar-contemplative/ruminative approach may be at odds with most of the late-to-the-party 'Dancin' Man' dum-dums who only want 'Mother In Law' and 'Here Come The Girls' nonstop.  Nevertheless, for a guy who was still in undisputed possession of his virginity at the ripe old age of 25, the minimal backing SLASH serenade style approach BACKED WITH these lyrics personally ring true:

The time and the place
I wonder do you believe?
I believe'

Boy Can I Dance Good

Jesus Christ...talk about KBDM (Killed By Dot Matrix): whoever GREEN LIT the no-budget sleeve for this release by ex-CHOIR-boy NE Pagans converso DENNIS CARLETON ought to be immediately drawn and quartered by an aesthetic Inquisition/Court Of Star Chamber all their own. Seriously: the FLASHCUBES first single is fuckin Hieronymus Bosch by comparison.  Cool hype sticker though.

For the unversed and uninitiated, CARLETON, D. rubbed shoulders and likely shared curlers (and maybe more) with our own American Madhi Modhi E. CARMEN back in the Small Face Sixties. Following upon the collapse of flower power and the less than welcome reception of Woodstock Nation in the Buckeye state, Carleton wandered akin to several other good scion sons of Cleveland (KRISS, CLARK, BEHEMOTH, HYNDE) before returning - prodigal-like - to their original points of departures (ad fontes).

I'm doubtful that RICHARD HELL ever thought his theme-song would receive a rejoinder of this variety. But really, one cannot argue with Carleton's cant - in the 60s it was this and in the 70s it was indeed verily that. Is that a fucking recorder on the b-side?

The inside (typed) interior of this sleeve is very sad, taken up mostly with schills and advertisements for CARLETON's GREEN LIGHT label's menu of cassettes. I've never heard any of them, but if it's on cassette how can it be worth more than the sum of two fucks?

Morethantwofucks-worth is this single. Trash 80 hair-suit graphics not withstanding, D. CARLETON manages to salvage and channel and inject just the right amount of residual RASPBERRIES pop on both sides of his solo single to put him - at least - in the same league as SCOTT MCCARL or JODY KOENIG(maybe even DAVID BRANYAN depending on who's keeping score).

Fizz-pop modern rock best enjoyed with a nose full of duster and a stomach full of cheez-it's, this is the Cleveland pop aesthetic not quite ready for the Reagan prime-time.

'FILL IN THE BLANK'

'SOMETIMES I WONDER'
Posted by Collin at 12:35 PM No comments:

Cleveland Is The City

Not sure on what planet this constitutes modern or even crossover soul (read up on your c-frenzy read-ups).

In any event, fairly OBVIOUS Cleveland Caucasian cast towards Brother Records shores circa ‘Surf’s Up’ or ‘Holland’ two-to-three-years late.  Reminds me most of ‘Darlin’’ or ‘Sail On Sailor.’

But there’s no surf in Cleveland USA, so Bobby Sull – whoever he was – has to vamp it up and fake the breakers like so many coastal and/or Anglophile poseurs before him  (Eric Carmen please stand up).

If Jon Tabakin is Beach Boys meets ‘Threes Company,’ then Bobby Sull is at least Brian Wilson cameoing on an episode of ‘Phyllis’ or 'Bosom Buddies.'  *

Basically, it’s a power pop tune that fits well within the atavistic M.O. of metro Cuyahoga County.  In a better world, Don Kriss and Bobby Sull may have been homesteading center-stage at Farm Aid in 1985 instead of Waylon and Willie.

No sleeve that I know of issued and no follow-up neither.  But, instead of lamenting this paucity of material, let us be thankful that B.S. even recorded this at all.


I love this record and wish that anyone who could share knowledge would open up their pocket-books of info so that all of us could loave-up and out on sunny Sull-y know-how.


HAVE TO BE MY LOVE